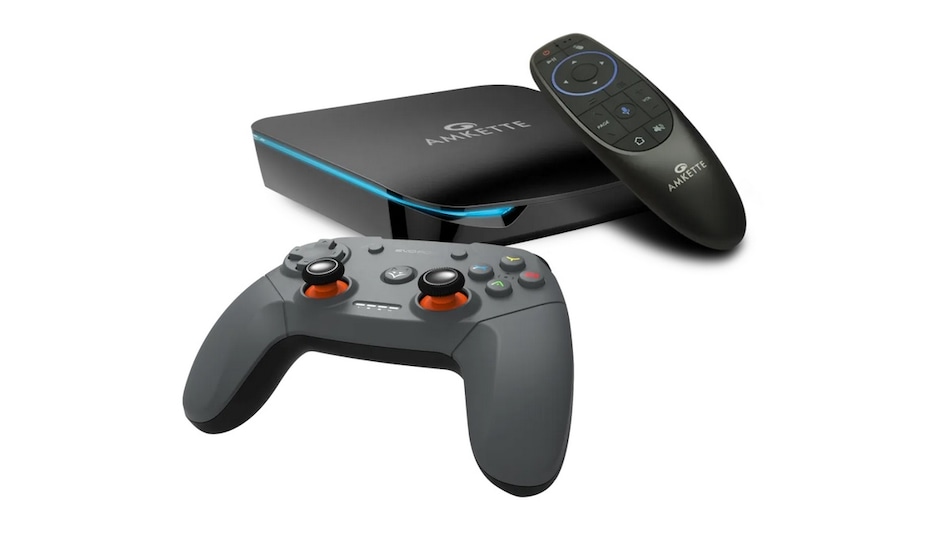 Amkette EvoFox GameBox has been launched in India as a budget friendly gaming console. It supports 4K media playback and comes with hundreds of preloaded games. However, it does not support Netflix or Amazon Prime Video (HD) at present. It is powered by a quad core processor and runs on Android 9 Pie. The package includes a wireless controller and an air remote. The company says it is easy to set up and comes with access to Google Play which allows you to download Android TV games onto the onboard storage of the console.

The Amkette EvoFox GameBox is priced at Rs. 8,999 for the first week, after which it will cost Rs. 9,999. It is also available for purchase via Flipkart at the discounted price, and you can also get 5 percent unlimited cashback with Flipkart Axis Bank credit card.

Amkette EvoFox GameBox runs on Android 9 with access to Google Play. It is powered by a quad-core Amlogic S905X3 Cortex-A55 processor and the graphics are handled by the Mali G31 3D GPU. It comes with 4GB RAM and 32GB of eMMC storage that is expandable via microSD card. For connectivity, the Amkette EvoFox GameBox comes with dual-band Wi-Fi, Bluetooth 5.0, has an HDMI port, USB 3.0 port, and a USB 2.0 port.

You get a six-axis voice enabled air remote and the EvoFox Elite Pro wireless gamepad that has a claimed eight hours of battery life. You can also connect a webcam and make video calls using Google Duo, Zoom, Meet, or other services. It will work with a keyboard and mouse as well.

Amkette says the EvoFox GameBox comes with hundreds of preloaded games with the ability to download many more TV compatible games from Google Play, as well as thousands of classic/ retro games. Besides gaming, it can be used to stream content as well with apps like YouTube, Spotify, and YuppTV, however, Netflix and Amazon Prime (HD) are not supported.

The console also comes with Aptoide pre-installed and Amkette website states the EvoFox GameBox supports streaming app Popcorn Time. Aptoide is a third-party store that lets you download paid apps for free and Popcorn Time is a free streaming service, both of which promote piracy. It’s strange to see a company like Amkette promote piracy, although of course, both apps are hugely popular in India. We have reached out to the company for a statement and will update this space when we get a response.