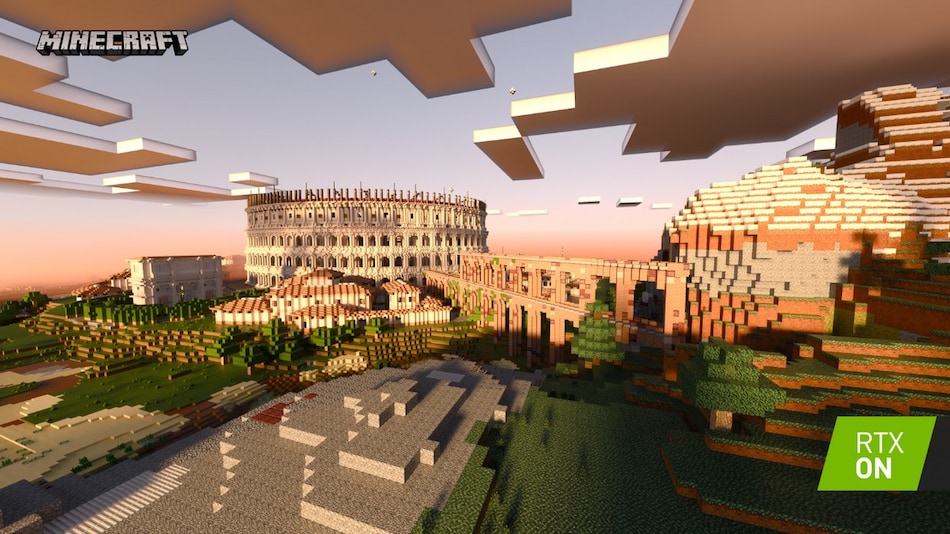 Minecraft now has a total of 15 worlds

Minecraft with RTX ray tracing is now officially available for Windows 10 users. The game was in beta for a while and its stable version has now been released on PC. Players who have the supported hardware, i.e., Nvidia GeForce RTX 2000 series GPUs or higher, or select AMD Radeon GPUs, will be able to experience ray tracing and Deep Learning Super Sampling (DLSS) in the highly popular game. Nvidia, Mojang, and Microsoft had been working on bringing ray tracing to Minecraft and have now announced that they are releasing two new worlds with RTX ray tracing enabled.

The game is downloadable from the Windows Store for Windows 10 users and costs Rs. 1,474. Nvidia shared the development on its website and revealed that this version of the game will come with two new worlds taking the total number of official RTX worlds for Minecraft to 15. After installing the game, players will need to head over to the Minecraft Marketplace and download a free showcase world and load into it.

While the game is cross-platform and can be played with players on consoles, only Windows 10 users with supported hardware will be able to “see everything enhanced with a special Physically Based Rendering texture pack, which interplays with the ray-traced effects to further enhance your experience”.

Ray tracing in Minecraft brings much greater levels of detail in lighting, shadows, and effects. To show off these enhancements, the companies have worked with some creators to craft free ray-traced worlds that all players can download from the in-game Minecraft Marketplace. These worlds are included in the 15 total worlds.

In collaboration with BANV, a world called Colosseum RTX has been created and showcases the historical Colosseum during the Roman Empire. Players can “discover hidden locations, take a photo tour of the Colosseum with all its amazing ray-traced detail, and fight in the arena with up to three friends against waves of mobs”. Creator BlockWorks has worked with the companies to craft Dungeon Dash RTX, which is coming soon.

Players who were on the beta can get back to the stable version of the game by taking a backup of existing worlds, saves, and profiles, heading to Xbox Insider Hub app, selecting Minecraft from Insider Content section. Click on Manage > Unenroll > Done. After a few minutes, players will need to check for Minecraft updates in the Windows Store app.