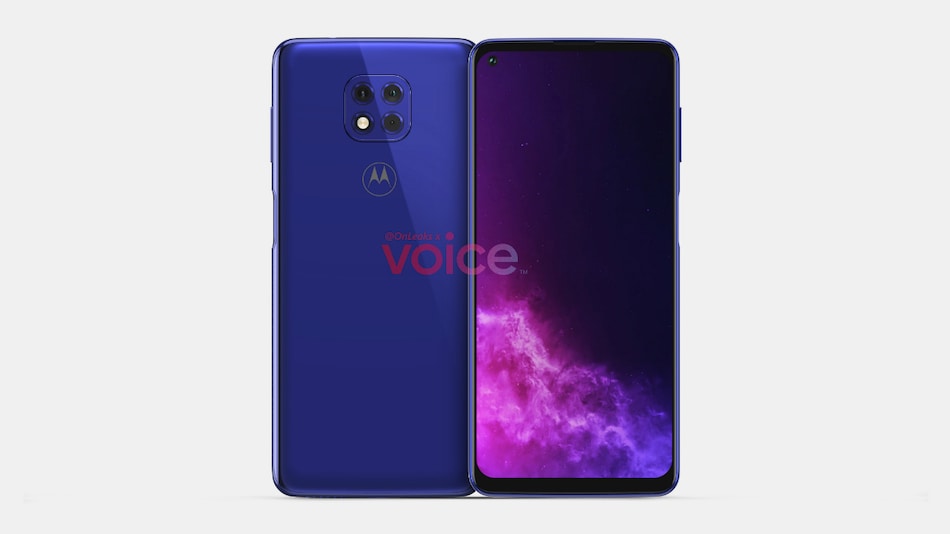 Motorola Moto G10 Play alleged specifications and design have been leaked in renders. According to a post by a well-known tipster, the alleged Moto G9 Play successor bears the model number XT-2117, and it features a 6.5-inch flat display with a big chin. Unlike the Moto G9 Play, this particular phone sports a hole-punch cutout on the top left corner for the selfie camera. The phone has a triple rear camera setup like the Moto G9, which was launched in Europe in August.

According to the blog written by Steve Hemmerstoffer, better known as OnLeaks, the alleged Motorola Moto G10 Play bears the model number XT-2117. The tipster clarifies that he cannot confirm whether the phone will be called the Moto G10 Play but he writes that this particular phone is a successor to the Moto G9 Play that was launched in Europe in August this year. Moto G9 Play made a debut in India bearing the Moto G9 (Review) moniker.

In the image released, the alleged Moto G10 Play sports a hole-punch display with the cutout on the top left corner of the screen. The smartphone is seen sporting a triple rear camera setup placed in a square model. In comparison, the Moto G9 Play features a waterdrop notch and a similar triple rear camera placement. The fingerprint sensor in the alleged Moto G10 Play has been moved from the back panel to the side frame and there is a 3.5mm headphone jack port on the top.

The display of the said Moto G10 Play is claimed to be around 6.5-inch. The flat display sports a sizeable chin and a hole-punch cutout. There is a triple camera system in a squared camera bump on the back. Unfortunately, the tipster says that he doesn’t have the information on the sensor of the smartphone. The phone is said to have 165.3×75.4×9.5mm dimensions. The Motorola XT-2117 has also received US FCC certification and has reportedly also been spotted on TUV Rheinland website, which says that the Moto G10 Play houses a 4,850mAh battery.