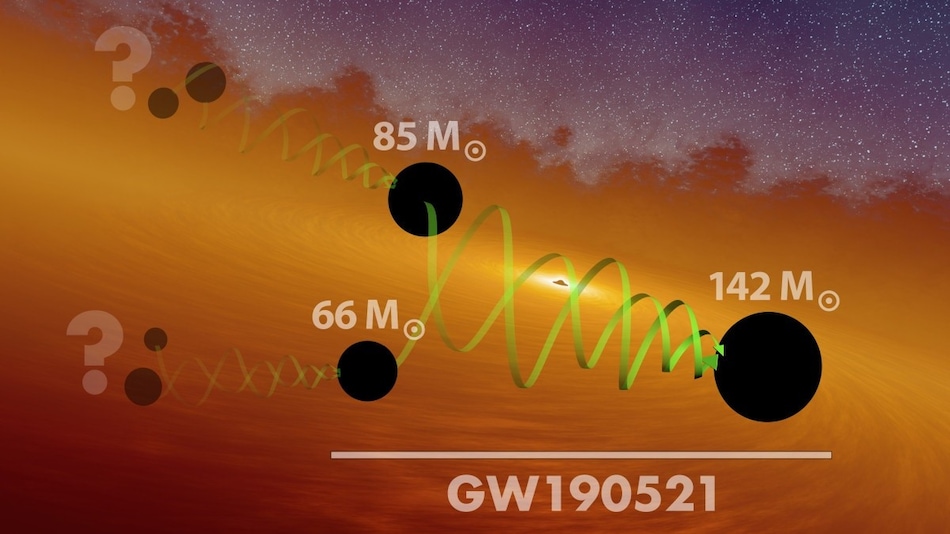 Scientists announced Wednesday the discovery of a black hole, the oldest ever detected, that shouldn’t even exist according to the current understanding of cosmic monsters so dense not even light can escape their gravitational pull.

Born of a merger between two other black holes, GW190521 weighs in at 142 times the mass of our Sun and is the first “intermediate mass” black hole ever observed, two consortiums of some 1,500 scientists reported in a pair of studies.

“This event is a door opening into the cosmic process for the formation of black holes,” co-author Stavros Katsanevas, an astrophysicist at the European Gravitational Observatory, said in an online press conference. 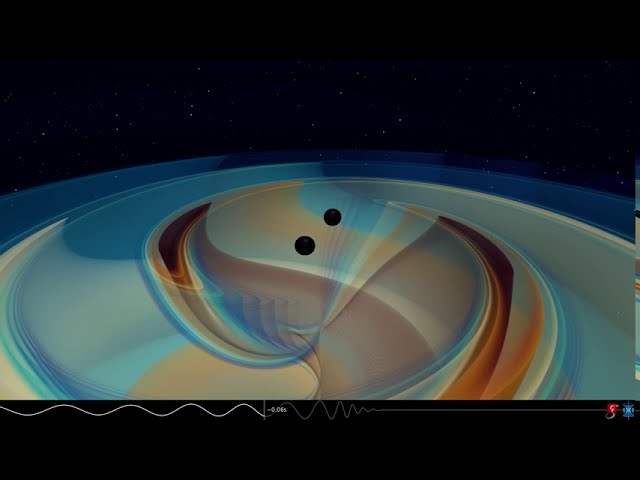 A so-called stellar-class black hole forms when a dying star collapses, and is typically three to ten solar masses in size.

Supermassive black holes found at the centre of most galaxies, including the Milky Way, range from millions to billions of solar masses.

“This is the first evidence of a black hole in this mass range,” said co-author Michaela, an astrophysicist at the University of Padova and a member of the Europe-based Virgo Collaboration.

“It may lead to a paradigm shift in the astrophysics of black holes.”

The findings, she added, support the idea that supermassive black holes could be formed through the repeated merger of these mid-sized bodies.

What scientists actually observed were gravitational waves produced more than seven billion years ago when GW190521 was formed by the collision of two smaller black holes of 85 and 65 solar masses. 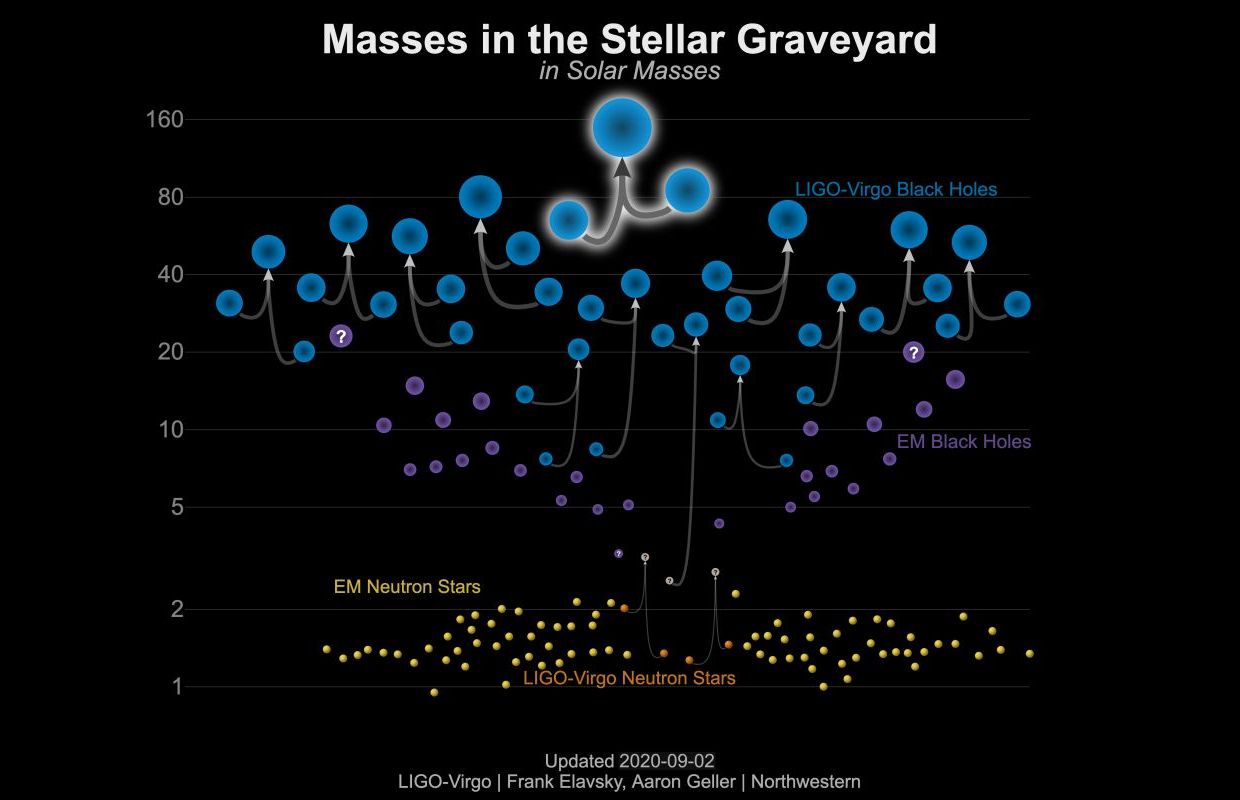 GW190521 is highlighted in the middle of the graphic as the merger of two black holes that produced a remnant
Photo Credit: LIGO-Virgo/ Northwestern U./ Frank Elavsky & Aaron Geller

When they smashed together, eight solar masses worth of energy was released, creating one of the most powerful events in the Universe since the Big Bang

Albert Einstein anticipated gravitational waves in his general theory of relativity, which theorised that they spread through the Universe at the speed of light.

GW190521 was detected on May 21, 2019 by three interferometers, which can measure a change thousands of times smaller than an atomic nucleus as gravitational waves pass Earth.

According to current knowledge, the gravitational collapse of a star cannot form black holes in the range of 60 to 120 solar masses because, at that size, the stars are completely blown apart by the supernova explosion that accompanies collapse.

And yet, the two black holes that gave rise to GW190521 were both in the range.

“This event is a challenge for the current models of black hole formation,” said Mapelli.

It is also a hint of how much is still not known.

“This detection confirms that there is a vast universe that has remained invisible to us,” said Karan Jani, an astrophysicist with the Nobel-winning LIGO gravitational wave experiment.

“We have very limited theoretical and observational understanding of this elusive class of intermediate black hole.”

But the very fact it could be detected is itself remarkable.

“Our ability to find a black hole a few hundred kilometres-wide from half-way across the Universe is one of the most striking realisations of this discovery,” Jani added.

The two studies were published in Physical Review Letters, and Astrophysical Journal Letters.

The LIGO (Laser Interferometer Gravitational-Wave Observatory) consortium is led by scientists at MIT and Caltech, while the Virgo collaboration includes more than 500 scientists across Europe.