A new teaser video has released via the Oppo India Twitter handle, and it confirms the arrival of the Oppo F17 alongside the Oppo F17 Pro. The video reiterates that the devices will be just 7.48mm thick. It also reveals the front of the phone, which has a pill-shaped hole-punch display design.

The video shows the back panels of both the Oppo F17 and Oppo F17 Pro, and it seems that both the devices will pack a quad camera setup with the sensors placed in a square-shaped camera module placed on the top left corner of the rear panel. The phones are seen to come in several glossy finishes of white, orange, blue, grey, and black. The tweet broadcasts the new Oppo F17 series to be the ‘sleekest phone of 2020′.

Separately, MySmartPrice has leaked a promotional poster of the upcoming Oppo F17 series. The poster also says that both the Oppo F17 and Opo F17 Pro will launch in India soon. The report says that the Oppo F17 will have an in-display fingerprint sensor – just like its predecessor Oppo F15. 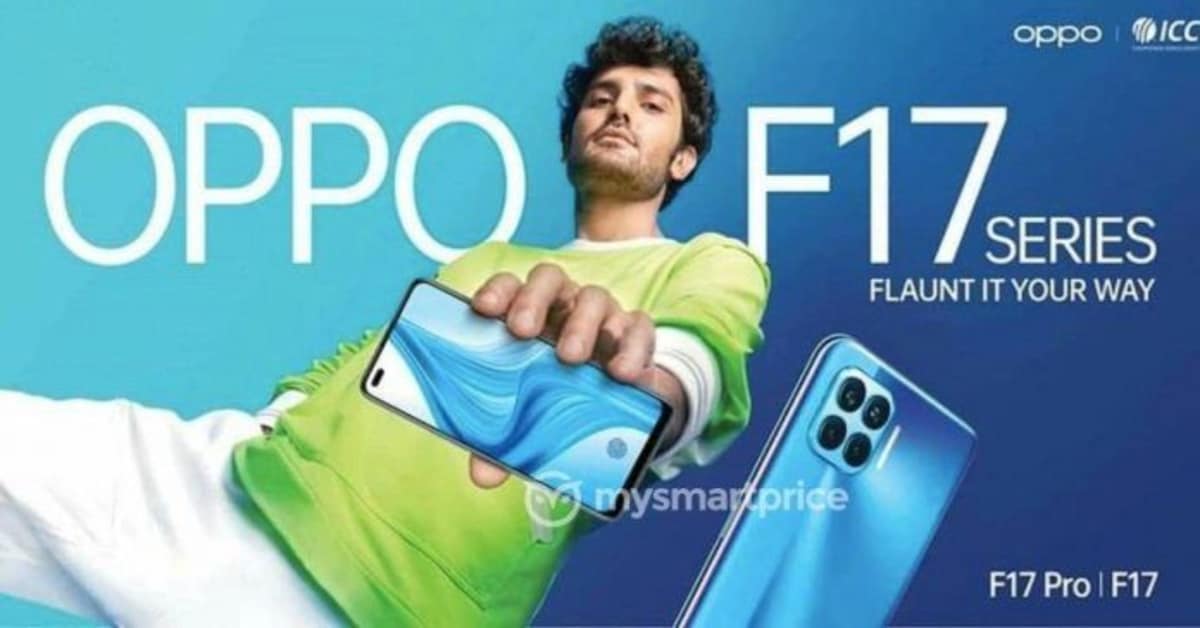 The phone is reportedly seen to sport a pill-shaped hole-punch display just like the teaser, and the back cameras are placed in the same square-shaped module. The report also suggests that the two devices will launch in India in September. More details on the two devices may be unveiled over the coming days through additional teasers.