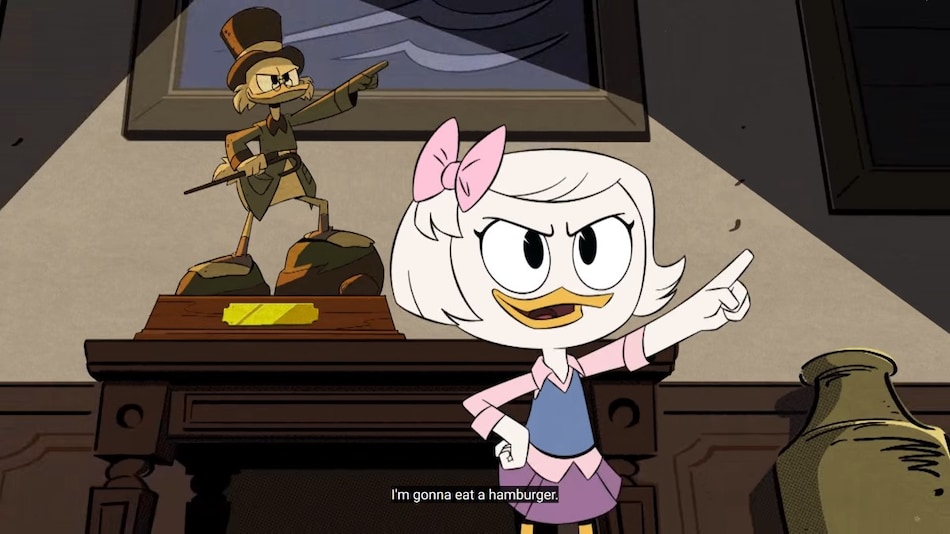 Disney+ Hotstar has now been found censoring the animated series DuckTales. The streaming service has erased all spoken mentions of beef from DuckTales, including the word “ham” in “hamburger”. For what it’s worth, the word “hamburger” is still intact in the English subtitles. And on a more hilarious note, the Hindi-language dub of DuckTales changes the mentions to “cheeseburger”, which traditionally implies a hamburger topped with cheese. Maybe the censors were thinking of a vegetarian cheese burger.

Reddit user N4399 spoke about this first on the India subreddit on Sunday, noting that the word “ham” in “hamburger” had been silenced on DuckTales. The first mention of this appears on DuckTales season 1 episode 1 “Woo-oo!” at the 11:35 minute mark. Gadgets 360 verified the multiple instances of censorship. Disney+ Hotstar refused to comment on the reasoning behind it, while Disney Channel — DuckTales’ original broadcaster in India — has yet to answer our queries on why the word “ham” has been censored on DuckTales.

TV channels — such as Disney Channel India — are subject to self-regulation in India, with the looming threat of fine and licence suspension, which has given way to massive self-censorship on TV. And that is now moving online. This isn’t the first time it’s happened. Netflix found itself in a similar situation with the historical drama Vikings, because it wanted the Hindi dub and subtitles, and the available streams from television were censored in much the same way.

This is also happening at a time when online platforms are debating increased self-regulation and there is talk of oversight as well. Unlike TV, streaming content is not subject to any regulation in India, though the government is hoping to change that. It’s been pushing for more self-censorship by way of a new self-regulation code known as the Digital Curated Content Complaint Council (DCCCC). The DCCCC is expected to effectively work along the lines of how television content is moderated in India. Disney+ Hotstar is one of five players who are on board with the DCCCC.

In the past, Disney+ Hotstar has also removed an episode critical of Prime Minister Narendra Modi, and erased jokes aimed at its parent company Disney, both revolving around HBO’s Emmy-winning news satire talk show Last Week Tonight with John Oliver.