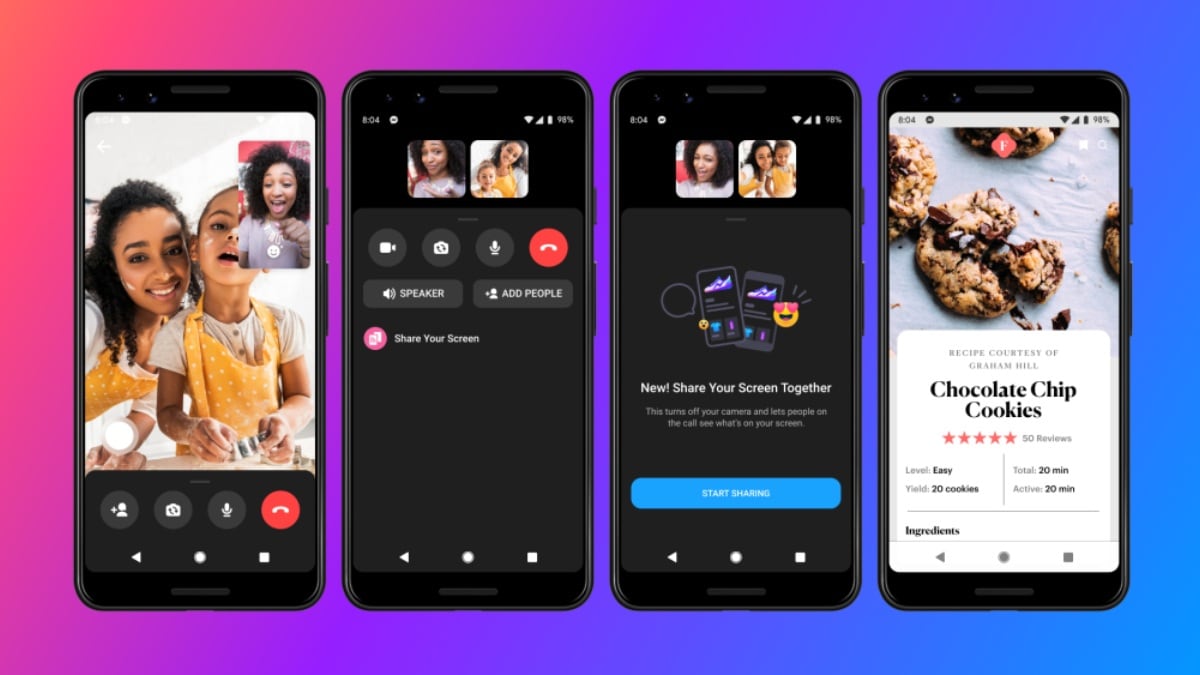 Facebook Messenger has introduced a screen sharing feature for app users on Android and iOS. The same can also be accessed on the Web and desktop via Messenger Rooms. Just like Zoom, people can instantly share their mobile or desktop screen and activities with their friends on Messenger. While app users can share their screens with up to eight people in a group video call, Messenger Room supports up to 16 people at once. Earlier this month, Facebook was reported to be working on plans to integrate its Messenger with WhatsApp, enabling communication between the two apps.

Rolling out on mobile platforms, the new screen sharing feature allows Facebook Messenger users to share their phone screens with family and friends. Through this, users can share a live view of whatever they are doing on their phones. Facebook says that the new feature “makes it easy to stay connected and close with your loved ones, even when you’re physically apart.”

On the Messenger app, a group video call can support up to eight people at a time. On Messenger Rooms, up to 16 people can connect via mobile devices, on the Web, or on their desktop.

Facebook also announced plans to expand the number of people with whom you can share your screen to 50 people. The social media giant is also planning on adding some control features soon that would let the Rooms creators decide whether to limit the ability to share screen to themselves or allow all participants to do the same.

Earlier in July, Facebook was reportedly working on integrating the Messenger with WhatsApp. When this new feature rolls out, the two online chat apps will be able to communicate with each other. However, it isn’t clear yet on how Facebook plans to maintain data encryption and user security when the integration takes off.