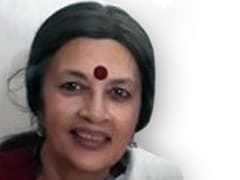 The Supreme Court judgement on the Ayodhya case has brought a long-standing dispute to a legal end. Of course the right to demand a review is there, but whether any of the parties will exercise that right is not yet clear. The way the issue developed, it was obvious that the only way forward was through a judicial verdict. That verdict is now out. There is no alternative but to accept it. But acceptance does not necessarily mean closure.

Nations, communities, people, individuals in different contexts and times get closure when in the finale, there is no feeling of deprivation or injustice. It cannot be said that the Ayodhya judgement meets these standards. It will be accepted but it is unlikely to bring closure. There are certain premises, quite fundamental to the final verdict, which are questionable.

But a caveat is required.

The reference to the “Hindu” side and the “Muslim” side should be seen as reference only to the parties in the suit and not referring to these parties as representing their respective communities. We know that there are substantial sections of Hindus who are appalled by the actions which have gone on in their name. Within the Muslim community too, there are different views. Therefore the reference is only in so far as the judgement refers to the parties in this manner.

The basic question which is troubling is that after the judgement accepts that the demolition of the mosque in 1992 and the placing of the idols in 1949 were “serious violations of the law”, why does the court reward the serious violators of the law by handing over the entire land to them? Are there any overwhelming issues which would support such a decision? The judgement does not provide any convincing reasons.

The judgement acknowledged, though perhaps inadvertently, the political dimensions. One of the reasons given while rejecting the Allahabad High Court judgement mandating division of the disputed land into three equal parts was that it “will not restore a lasting sense of peace and tranquility.” Therefore, one can assume that the Supreme Court believed one of the aims of its judgement must be to “restore a lasting sense of peace and tranquility.” This would be based more on a political assessment rather than one based on legal issues.

Till just a few days before the judgement was made public, when the Prime Minister and others appealed for calm and stated that all should accept the judgement, top leaders of the ruling regime were aggressively campaigning for the Ram temple in the precise place where the Babri Masjid once stood. They made it clear enough that “lasting tranquility” would be elusive in a scenario other than what the judgement actually delivered. One cannot escape the reality that there is a political dimension as a premise of this judgement which influences everything else.

The judgement was at pains to distance itself from arguments in which “faith” trumps reason. It said “the court does not decide title on the basis of faith or belief but on the basis of evidence.” It rejected the recognition of the Ram Janmasthan as a legal entity. It said if such a claim were to be accepted “the extinguishing of competing claims on land would arise not by virtue of settled legal principles, but purely on the basis of the faith and belief of devotees.”

But on this very issue the judgement appears self-contradictory. In deciding the critical aspect of adverse possession of the disputed land, the court applied differing standards in judging claims of the opposing sides.

The mosque was built in 1528. Between 1528 and 1856 who was in possession? The judgement says, “The Muslims have offered no evidence to indicate that that they were in exclusive possession of the inner structure prior to 1857, since the date of the construction in the sixteenth century.”

This is a rather odd conclusion. Between 1528 and 1722, the entire area was under the Mughals, after which it was under the Nawabs of Awadh. In 1856 it was annexed by the British. The first dispute was registered subsequently.

It is self-evident that in the entire period under Muslim rule, when the land is in their possession, it is Muslims who would be praying at the mosque, what further evidence is required? The Hindu side could not provide any evidence of exclusive possession of the outer courtyard either but this was not taken as an issue. Thus, the issue of inequality in the standards used to judge the claims of both sides.

The judgement says “the physical structure of an Islamic mosque did not shake the faith and belief of Hindus that Lord Ram was born at the disputed site” – and this becomes the reason for a sleight of hand that since the Muslims could not prove exclusive possession, in the “preponderance of probability” the Hindus continued to pray there and this therefore establishes the right of Hindus to the disputed land.

While one side is called upon to provide evidence of exclusive possession, the claims of the other side are accepted on the basis of their belief and faith regarding the birthplace of “Ram Lalla”. It seems that regardless of the earlier distancing from the argument of faith as the basis, it is finally the belief of Hindus that weighs in their favour. Thus, even though there was uninterrupted use of the mosque till it was demolished, the land on which it stood has been handed over to the Hindus.

In the addendum placed by one of the judges, not named, it is argued that “faith and belief of Hindus since prior to the construction of the mosque and subsequent thereto has always been that janmasthan of Lord Ram is the place where Babri Masjid has been constructed, which faith and belief is proved by documentary evidence.”

Although only an addendum, this argument is partially reflected in the judgement leading to the handing over of the disputed land to Ram Lalla.

The land has been handed over in the name of Ram Lalla. Indian jurisprudence has this strange precedence of the deity being accepted as a juridical entity with all rights. This was introduced mainly to protect the property and land donated to the deity by big landlords. After the land reform movements and the imposition of land ceilings, in several states this was a device used by landlords to bypass the law on land ceilings. In this case, the recognition of the deity as a legal entity was not being challenged. However, as has been pointed out by some commentators, the legal entity of Ram Lalla came into the picture only in 1989. The case started in 1950. Thus the entry of this legal entity so far into the proceedings was not in accordance to the law which limits interventions to within a particular time framework