There have been several examples where Apple Watch saved lives.

San Francisco: A man from city of Spokane in Washington State has credited Apple Watch for saving his father’s life after a biking accident in a Facebook post — which was shared by someone on Twitter and liked by Apple CEO Tim Cook.

Gabe Burdett was waiting for his father Bob at their pre-designated location for some mountain biking at the Riverside State Park when he received a text alert from his dad’s Apple Watch, saying it had detected a “hard fall”. 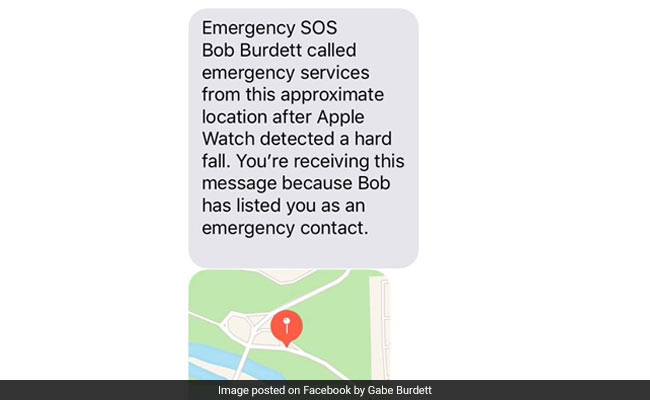 Gabe Burdett received a text alert from his dad’s Apple Watch, saying it had detected a “hard fall”.

“We drove straight there but he was gone when we arrived. I get another update from the Watch saying his location has changed with a map location of SHMC. Dad flipped his bike at the bottom of Doomsday, hit his head and was knocked out until sometime during the ambulance ride,” Mr Burdett wrote in a Facebook post.

The Watch notified 911 with the location and within 30 minutes, emergency medical services (EMS) took the injured Bob to the hospital.

“If you own an Apple Watch, set up your hard fall detection, it’s not just for when you fall off a roof or a ladder,” Mr Burdett further posted.

“Had he fallen somewhere on the High Drive trails or another remote area, the location would have clued EMS in on where to find him. Amazing technology and so glad he had it,” Mr Burdett said.