While at the age of 15, most students appear for their class 10 examination, 15-year-old Abhay Agrawal from Uttar Pradesh’s Firozabad has cracked the Joint Entrance Exam (JEE) Advanced 2017 and scored 2467 All India Rank. He secured a seat in mechanical engineering at IIT-BHU. “I took admission in a coaching class in my city. Some people discouraged me but that motivated me to study hard,” Abhay said.

As per a TOI report, vice-chairman of IIT-JEE Kanpur zone Prof Shalabh, along with other staffers, were surprised when they checked Agarwal’s documents. “He could be the youngest candidate this year to join an IIT. His class 10 marksheet confirms that he is 15 and a half years old. He was born on November 9, 2001,” said a JEE staffer.

While Abhay has already got admission in IIT-BHU, however, he has opted for ‘float’ as he is aiming IIT Roorkee. “Since I jumped initial classes, I could complete my 12 before other students. I have been lucky to crack JEE Advanced as well. I want to be in IIT-Roorkee and hope I will get it,” Abhay said. 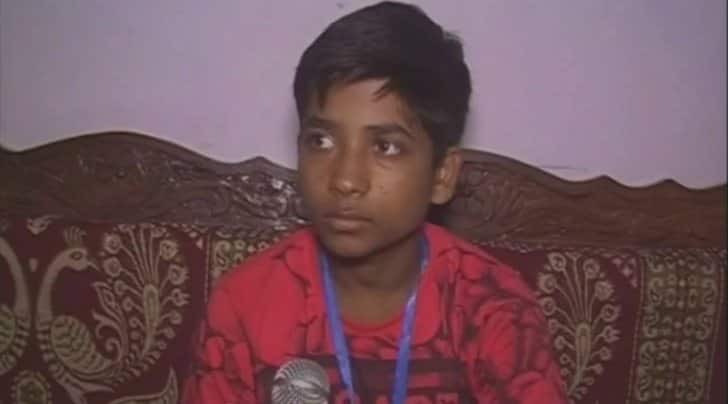 Abhay comes from a humble family as his father Mukesh Agarwal works as a pump attendant at Firozabad Nagar Nigam. He expressed his happiness over his son’s feat, “Abhay was always a bright mind and has brought us laurels at an early age. Even the chief medical officer in Firozabad was surprised when he had to prepare his medical certificate. He would finish BTech also in the stipulated time.”

Like many entrance exam toppers, Abhay too stayed away from social media to focus on his studies. Though he has a Facebook account three years ago, he stopped using it when he entered class 11.