Instagram on Thursday said it is using artificial intelligence to filter nasty comments and spam at the popular Facebook-owned photo-sharing service.

The move comes as Facebook and other Internet companies work to curb trolls, hate speech and the spread of violent ideology on their platforms.

“Many of you have told us that toxic comments discourage you from enjoying Instagram and expressing yourself freely,” co-founder and chief executive Kevin Systrom said in a blog post.

“To help, we’ve developed a filter that will block certain offensive comments on posts and in live video.”

Written remarks will otherwise appear as usual at Instagram, and users can opt to turn off the new filters.

The offensive-comment filter will launch first in English, with other languages eventually added, according to Systrom. 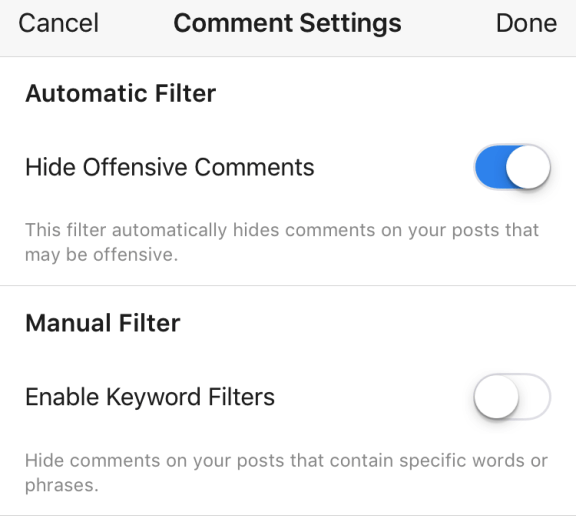 Instagram said that the filter scanning for spam is designed to work in Arabic, Chinese, English, French, German, Japanese, Portuguese, Russian and Spanish.

“Our team has been training our systems for some time to recognize certain types of offensive and spammy comments so you never have to see them,” Systrom said.

“The tools will improve over time.”

The Global Internet Forum to Counter Terrorism intends to share engineering, research and knowledge to help “continue to make our hosted consumer services hostile to terrorists and violent extremists,” the companies said.

Each of the technology giants has been working individually to prevent its platforms or services from being used to promote or spread extremist views.